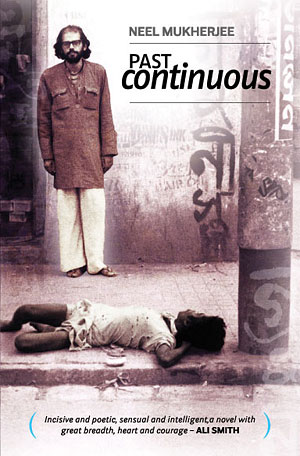 A first novel that is being described as ‘a scorcher’, ‘searing’, ‘savage’, ‘gut-wrenching’, ‘vertiginous’, ‘brilliant and disturbing’, ‘a powerful work of art’ …

The past is a cruel country; it never renounces its claim on you. Ritwik Ghosh, twenty-two and recently orphaned, finds a chance to start his life all over again when he arrives in England to study. But to do that, he must not only relive his entire past but also try and understand it, naming things, making connections, unravelling the thread of a narrative he can only now bring himself to read. Above all, he must make sense of his relationship with his mother – scarred, abusive and all-consuming.

But Oxford holds little of the salvation Ritwik is looking for and as he loses himself in London and takes up residence with the old Anne Cameron he drops out of official existence into a shadowy hinterland of aliens. Meanwhile, the story that Ritwik writes to stave off his utter and complete loneliness – a Miss Gilby who teaches English, music and Western manners to Bimala, wife of educated zamindar, Nikhilesh – begins to find ghostly echoes in his life with Anne Cameron.

Subtly, almost imperceptibly, the two stories across time, the stories of Miss Gilby in Raj India at a critical time in its domestic politics, and of Anne Cameron, whose South London garden starts being visited inexplicably by rare tropical birds, start converging. Which one is Ritwik making up?

And then, one night, in the badlands of King’s Cross, Ritwik runs into Zafar bin Hashm, suave, impossibly rich, unfathomable, possible arms dealer. What does the drive to redemption hold for lost Ritwik?

Set in 1970s and 80s India, 90s England and in the first decade of twentieth-century Bengal, on the eve of Lord Curzon’s infamous Bengal Partition of 1905, Past Continuous is a scalding book about dislocations and alienations, about outsiders and losers, about the tenuous and unconscious intersections of lives and histories and about the consolations of storytelling. It is also a book about the impossibilities of love.

‘The greatest strength of Mukherjee’s searing first novel is its astonishing ability to produce the literary equivalent of cinéma vérité, because he can uncannily capture a street, a smell, a snatch of song with wordplay that can sting your memories into a renaissance. But this is not to say that the novel is geo-culturally delimited; Mukherjee debuts impressively with a blistering pen that lacerates afresh every wounded recollection that it uncovers. … A scorcher.’ —India Today

‘ … well written … excellent … an engaging novel. Mukherjee’s achievement is to have written an eminently readable immigrant novel. In the process, he is able to bring to light the fickleness and flimsiness of the idea of love and happiness in terms of a young man’s search for home. … A naturally good writer.’ —Tehelka

‘A writer of skill, imagination and ambition. Like a master weaver, Neel Mukherjee spins a tale of interweaving warp and weft, moving backward and forward in time and place, … easily shifting narrative as it ties up the threads of different tales, tossing in history, myth and collective memory … and drawing parallels within each narrative.’ —Mint

‘There is a bitterness — almost savage in its quality — about Neel Mukherjee’s debut novel that wrenches the reader out of his comfort zone. The only way to engage with this book would have to be from the gut-level.’ —The Telegraph

‘Brilliant and disturbing … Instead of the cloying nostalgia that fills so much diasporic fiction, we have a hard, painful hatred, a desire to burn the past into the bitter ashes of the cremation-ground. … Intensely imagined, densely populated … the narrative is taut with possibility. … Past Continuous makes us uncomfortable, unsettles our confidence in persons and places, but it also excites us with the tension and hope of literary as well as existential risk-taking.’ —Biblio (Read this exceptional essay by Supriya Chaudhuri.)

‘Not very often do we come across a novel so intense, thoughtful and one that runs on so many levels simultaneously. … Past Continuous is an engaging and powerful work of art.’ —The Tribune

‘Cleverly crafted and impeccably written, the book refuses to be put down till the end.’ —Marie Claire