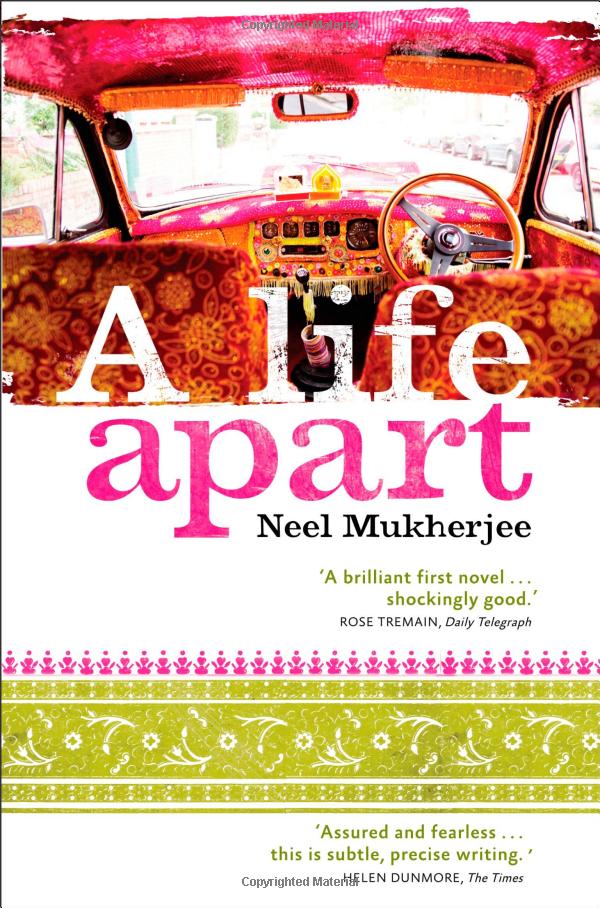 A ‘Book of the Year’ pick in The Times, The Daily Telegraph, The Independent, The Guardian, the TLS and The Sunday Telegraph

A Life Apart tells two stories. The first is of Ritwik’s; a story of a young man’s escape from a blighted childhood of squalor and abuse in Calcutta to the edge of what he considers to be a new world, full of possibilities, in England, where he has a chance to start all over again. But his past, especially the scarred, all-consuming relationship with his mother, is a minefield: will Ritwik find the salvation he is looking for?

Could it arrive in the form of the second story that comprises the novel, the one he is writing himself, the story of an Englishwoman in the old world of Bengal on the eve of India’s first partition? Or could it be in the figure of the eighty-six-year-old Anne Cameron, fragile and damaged, who gives shelter to Ritwik in London in exchange of the care that she needs? And then one night, in the badlands of King’s Cross, Ritwik meets the suave, unfathomable Zafar bin Hashm. As present and past of several lives collide, Ritwik’s own goes into free fall.

Set in India during the 1970s and ’80s, in England in the ’90s and in Raj Bengal in the 1900s, this award-winning first novel from one of India’s most acclaimed new writers is about dislocation and alienation, outsiders and losers, the tenuous and unconscious intersections of lives and histories, and the consolations of storytelling. Unsentimental yet full of compassion, and written with unrelenting honesty, this scalding debut marks a new turning point in writing from and of the Subcontinent.

‘A brilliant first novel. Mukherjee has a big heart and an unflinching gaze and the result is shockingly good.’ —Rose Tremain

‘Incisive and poetic, sensual and intelligent, a book with great breadth, heart and courage.’ —Ali Smith

‘One of the most intense and disturbing works of fiction I’ve read in many years.’ —Pankaj Mishra

‘The writing … has a sculptured clarity. Assured and fearless. … This is subtle, precise writing that penetrates character and motive with astringent humour.’ —Helen Dunmore, The Times

‘There are a lot of subtle cultural ironies in Neel Mukherjee’s debut novel, which is what makes the book such a delight. … A Life Apart is an elegant and accomplished debut, a novel of many shades. It blends the poignancy of a coming-of-age story with the rawer excitements of an urban thriller laced with sex and violence.’ —David Robson, The Sunday Telegraph

‘Mukherjee deftly interweaves the worlds of the arms trade, sex workers, fruit pickers and the Daily Mail, while also casting a light on the economic policies of the Raj, communal violence and the fragility of relationships conducted under the glare of history. But he never loses sight of his characters and their emotional upheaval. The growing tension is expertly handled; the ending unsurprising yet completely devastating.’ —Kamila Shamsie, The Guardian

‘Rich and nuanced … Mukherjee is excellent on what motivates people to act the way they do.’ —The Daily Telegraph

‘Impressive. … Mukherjee writes wryly and wonderfully. … Not since Alan Hollinghurst’s The Swimming Pool Library have I been as engaged by an imagining of gay twilight. … Deeply engaging and brilliantly observed.’ —Mark Turner, The Independent

‘Mukherjee summons place and character brilliantly and unflinchingly in pages redolent with detail. His metaphysical vision, of course, is just as acute.’ —TIME Magazine

‘Beautifully written and intelligently perceptive, A Life Apart is a novel about difference and expectation and the ironies that punctuate the middle ground between them. … A wonderfully assured and fresh debut’. —Rosalind Porter, Literary Review